Paleontologist have defined the period around 2 million years ago as a major point in the evolution of life on planet earth. Evolutionary forces built around that time a prototype cell which has become the hallmark of intelligent species of mammals, snakes, plants, insects, worms, fish, birds, amphibians and extinct dinosaurs. Simple organisms called Prokaryotes existed previous to this and they were capable of multiplying only by cell division. Millions of types of Bacteria of today belong to the Prokaryote family of life forms.

Cells of the newer life forms, classified as, Eucaryotes contain a nucleus housing the DNA, and many other organelles each of which are enclosed within independent enclosures within the same cell. Different organelles within the cell play distinct roles. Such a complex cell structure allows nature to draw genetic material from a pair of parents in sexually reproducing the next generation of a species. This creates countless possibilities for a new generation as compared to a Prokaryote which look like carbon copy generation after another. A Eukaryote needs two parents to come into existence but the very first of the kind would have been an exception. 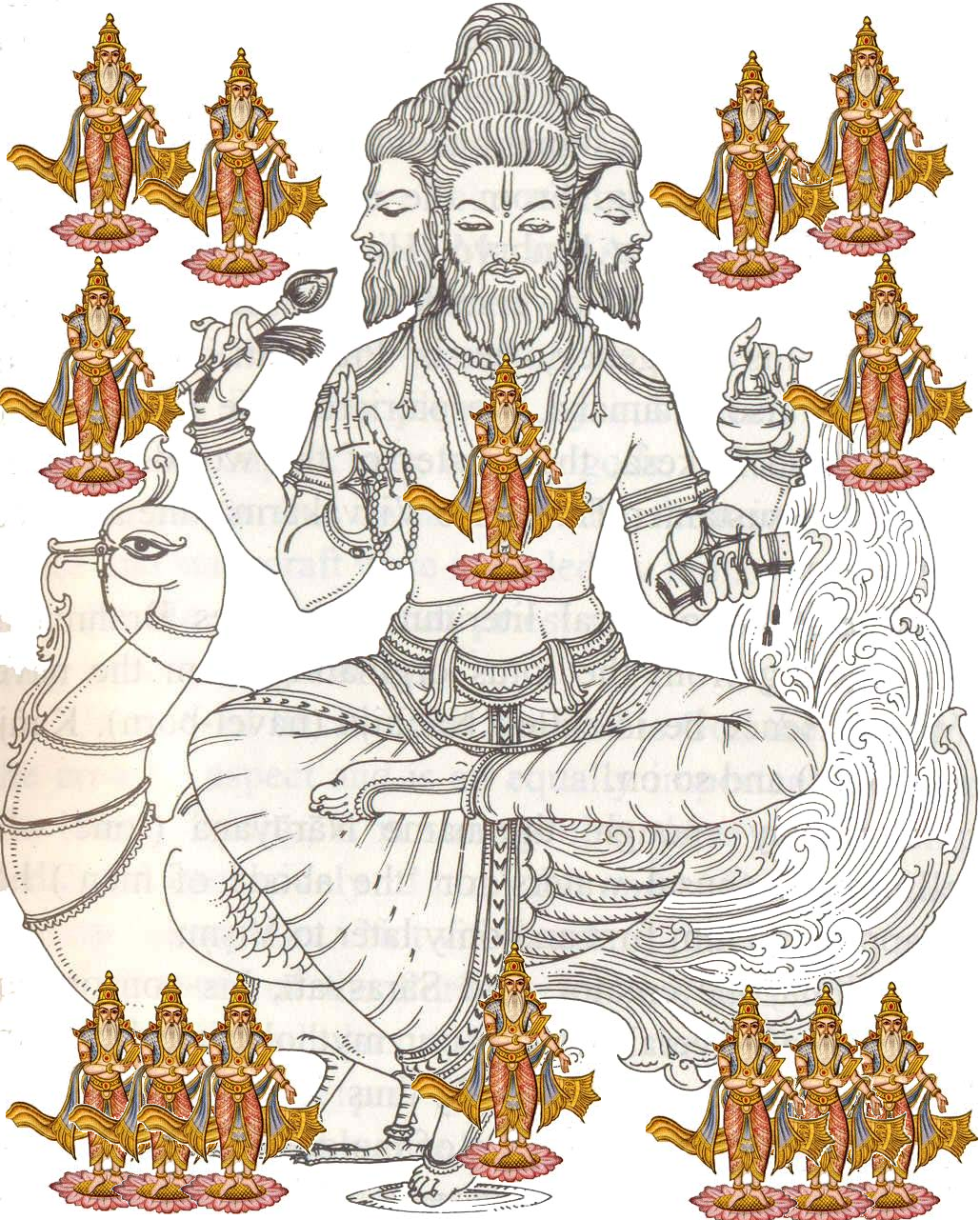 The word Swayambhu in sanskrit is used to characterize an entity born without parents. Vedic tradition lists a sequence of Manus who are believed to oversee creation for 300 million years each. Fourteen Manu periods are defined within a day of Brahma. According to tradition the present day of Brahma dawned 1.9 billion years ago. The first Manu has been given the name Swambhu. It is an interesting coincidence that Eukaryote life forms appeared on planet earth around the same time. Paleontologists are continuing to look for fossil records before the great glaciations a million years ago. The name of the fourth Manu is Tamasa, a word which refers to inertia. The period of this manu coincides with the period of the great glaciations.

Astronomers believe that our Sun will start emitting more heat in another two billion years, drying up all water on Earth a few million years after that. The end of the fourteen Manus, signaling the completion of Brahma’s daytime will coincide with life forms vanishing from the Earth. Creation continues and life flourishes during Brahma’s day according to Vedic tradition. According to modern astronomers planetary systems around many Suns are getting ready for life to evolve.