Posted on October 20, 2019
The nervous system enables a human being to realize the vastness of existence. Rishis and seers used the term “Narayana” to denote Consciousness which powers the nervous system. The term Vishnu is synonymus with the term Narayana because the term Vishu refers to the ability of the divine principle to expand in an unbound fashion. Rishis believed that there are ways to tap into the compassionate nature of the unbound cosmic consciousness. A story conveys the long standing nature of one such way by alluding to geological time scales. 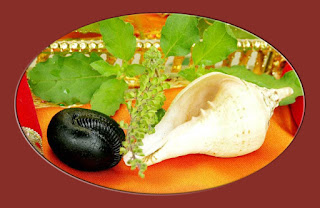 Shangava, a Rishi, meditated upon Vishnu for a long time in the Himalayas. Huge mountains and tall trees which go by the name “Saal” (Shorea Robusta) or “Shala” dominate the views in the Himalayas. A desire arose in the mind of the Rishi after realizing the unbound nature of Vishnu. He wanted to offer worship to a physical representation of Vishnu which would embody two salient aspects of the surroundings, namely the benevolent Saal trees and the heafty mountains. Nature began to fulfill the wishes of the great Rishi. It fossilized the Saal trees during plate tectomic upheavals and prepared a path for a powerful river to etch the mountains over the eons. 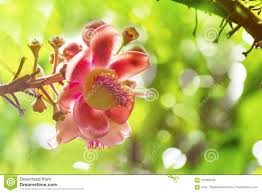 River Gandaki separates two of the highest peaks of the Himalayas today while creating the deepest Gorge in the world. The river has smoothened the fossilized remains of Saal trees into shiny pebbles, some big and some small. Shaligram is the name for the revered black pebbles found in the river. Two notable features of the Shaligram  are the tiny circular etchings on the surface and the pits. The Omnipresent Vishnu is persent everywhere but in a special way in the Shaligram stone. Devotees offer leaves of the Tulasi (sacred basil) plant while worshipping Vishnu as Shaligram in their homes.