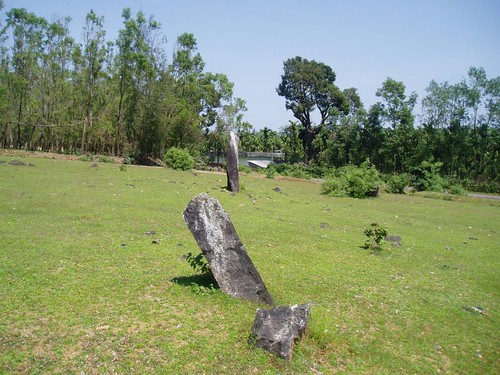 A few megalithic sites of South India are enigmatic as they do not fall into the widely accepted idea that they were inhabited by small groups of primitive people living close to a town settlement. They suggest that these primitive people were more than curious about the skies and that they were able to construct observation structures to study the movement of the stars. They used the most rudimentary tools available to them and created view lines to the horizon with the help of stones and menhirs on carefully selected natural slopes. It is as if they understood the importance of sloped celestial viewing angles atmospheric extinctions due to fog and other common obstructions. The careful placement of the taller/larger menhirs at the top of the slope and the smaller ones at the bottom is common place in most of these sites.

Archaeologists can not explain the reason for the multiple sight lines to the same astronomical event at some sites. Were these sites specifically created to enable multiple observers to simultaneously study a celestial phenomenon. Were they created for observers to tally notes? Or were they used by a master astronomer to guide the trainees? Earlier reconnaissance expeditions had failed to see the pattern behind the arrangement of menhirs. One can see from the adjacent figure why it is not surprising to miss the pattern at the Byse site which Memon, Vahia and Rao could recognize in 2011.

A similar refinement has also been made to the dating of these sites. For example, Wheeler in 1948 had assigned them to the period 1500 BCE to 500 BCE. Morrison in 2001 reevaluated carbon dating conclusions and pushed the date of these sites to 2140BCE to 1940 BCE. Early researchers such as Wheeler had concluded from the existence of the cist and urn in such sites as Brahmagiri that they were neolithic burial sites but modern researchers were able to assign astronomical importance (pointing to prominent circumpolar stars) to tangential lines between the circular stone arrangements around individual cists and large stones. Brahmagiri must have continued to hold its significance for over two millennia based on the fact that it became the location of one of the edicts of Emperor Ashoka.