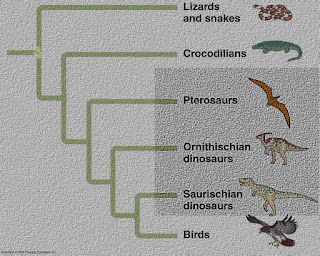 The last common ancestors of Snakes and Birds is a species called Diapsida. Snakes are the earliest surviving descendents and birds the latest per phylogeny. The Puranas refer to Rishi Kashyapa as the common origin of all species. One story from the Puranas talk about the rivalry between the sisters Vinata and Kadru who married Kashyapa. Kadru as the mother of Naagas was envious of Vinata, the mother Garuda, the king of birds. Annual festivals in Hindusim borrow from stories to highlight certain aspect of human nature and of principles in creation.

The annual festival of Naag Panchami or Garuda Panchami borrows from the story of Kadru and Vinata. It is celebrated on the fifth day after the new moon in late July and early August. Kadru challenged Vinata that the color of the tail of the snow white colored celestial horse is black. One of the Naaga sons of Kadru wrapped his black body around the tail of the celestial horse right when Vinata and Kadru sought to verify who was right. Vinata had to become the servant of Kadru. Garuda won back the freedom for his mother by bringing Amrita, the nectar of deathlessness to Kadru.
Naagas open the door to secret knowledge and are the gaurdians of treasure per the above story. Naagas, by their nature, are related to administering medicine. Matters of of surgery, and rebirth are also attributed to them. There is fullness associated with the fifth day after a new moon. Naag Panchami is assigned to the monsoon season because Naagas are also associated with rivers and other water bodies. It is a special day to gain the blessings of Naagas. The creation consists of pairs of opposites like Garuda and Naaga. The Rishis emphasized the idea that every species in creation carries a certain benevolent vibration. This idea encouraged everyone in society to revere everything in nature.