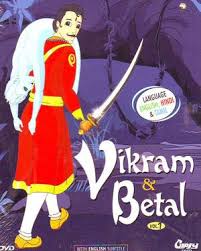 Most Indians know the story of Betal, and Vikram. King Vikramaditya was reputed for his valor, wisdom and justice. He served as a role model for many generations of princes in India. Two widely used calendar eras in India bear association to this King, namely the Vikram Samvat and Shalivahan Samvat, named after his equally illustrious grandson.  A later king of the same Parmar dynasty, Raja Bhoja is equally reputed through a city named after him and his numerous works in Sanskrit including one on metallurgy.

Historians have been unfair to king Vikramaditya by delegating him to an “unreal” status to fit the chronology of ancient Hindu kingdoms fancied by early colonial scholars. They also assigned 9 reputed scholars from his court who each is associated with a major work in classical Sanskrit langue to another king of the Gupta dynasty seven centuries later! All this started because early historians rejected the popular date of birth of Lord Buddha to be 623 BCE which the Buddhists hold in Srilanka and Nepal even today. A few generations of Parmar dynasty had to be crunched out to fit all four dynasties of rulers within two less centuries from the time of Buddha to the time of Alexander. The altered birth year of Lord Buddha has remained an uneasy subject.

Results last year from excavations in Lumbini, Nepal have finally brought credibility to Buddha having lived 200 years earlier. The historical date of King Bimbisar who became a disciple of Buddha needs to be pushed back in time. The many other push backs will create a 200 year gap! Will modern historians finally reinstate Vikramadiya to his rightful place? It is may mean reviewing many other “inconvenient” truths. They may have to accept his nine scholars with him. One of them was the reputed astronomer Varahamihira. This will make Indian astronomy centuries older. It may mean accepting classical Sanskrit to have been well established by the start of the common era.