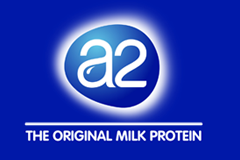 Neurologists had found a link between a compound called BCM7 and mental health issues such as autism and schizophrenia. This compound has also been linked to type-1 diabetes and certain types of heart conditions. Patients with these conditions were earlier recommended to stay away from Milk. Scientists have now found certain milk proteins to be susceptible for breaking down into BCM7 during pasteurization. Growing interest among scientists to study the connection between food we eat and the upswing of of illnesses have brought attention to genetic differences among breeds of cattle. Mutated cow gene is now held responsible for a change in the originally healthy milk protein, A2 Beta Casein.

Argument in favour of A2 milk for autistic children has come from certain scientific studies. Australia and New Zealand are countries where A2 milk is a widely available alternative to its consumers. A big part of this maybe the public pressure from the 2007 bestseller “The Devil in the Milk” written by a food researcher, Dr Keith Woodford. Despite the innumerable number of research papers about the potential health hazards from mutated milk, only susceptible individuals are being encouraged to switch to A2 milk, even in Australia.

Ayurveda has emphasized the importance of considering an individual’s digestive ability in making food choice recommendations. Those with Pitta Dosha have very good digestive ability. The guidance from food researchers are now beginning to sound like Ayurvedic recommendations, for example the recommendations related to milk –  “People with strong digestion are able to digest milk with BCM7 in it. People with weak gut may need to increase the consumption of naturally fermented food and probiotic cultures to prevent BCM7 from entering their blood stream.”.  Ayurveda has praised milk for its medicinal values, but with Desi cows being replaced by imported cross breeds, Milk is as mutated in India as anywhere else. Ayurvedic texts may need to be updated with appropriate warnings!!!